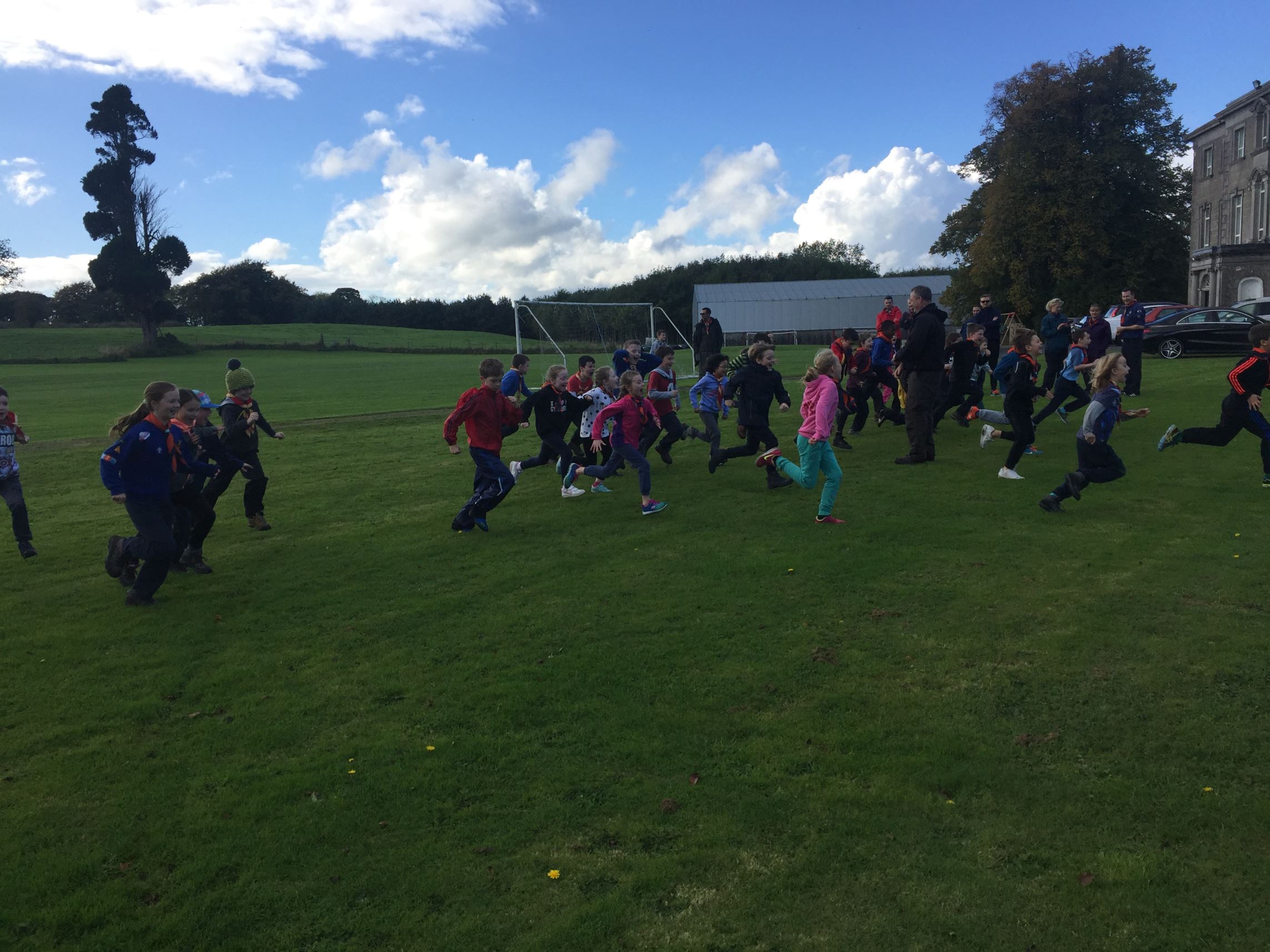 Monday night and Friday night beavers had their CSA camp in Drewstown House in the week end of the 15th and 16th of October 2016.

We were joined by our neighbours, the beaver scouts from the 181st Castaheany/Ongar   and the7th Meath Dunshaughlin scout Group.

The Theme for this year CSA Camp was the Olympics:

Each Beaver group had to choose a country to represent and make a flag for that country. They then had to pick a sport and tell a quick fact about their country and that sport.

We first set up the camp in the ground of the Dunboyne Den before leaving for Drewstown House were we had lots of exciting activities planned for the beavers: Archery, Kayaking on the lake and Tree Wires in the forest.

Back to Dunboyne, the Scouts organised few games in the Den to occupy the beavers while the dinner was being prepared. After a busy day like that all the beavers were indeed very hungry beavers!

You can’t finish a Beaver Camp without a traditional campfire. Again, the Scouts and the Venture scout that were helping us that day ran a fantastic camp fire. Beavers were singing along with them and really had great fun.

After some hot chocolate and some marshmallows, it was time for the beavers to go to bed in their tents. They all deserved a good rest.

In the morning, after some breakfast (that include some delicious homemade pancakes!), we went to the athletic club and ran some Olympics games.

After being given their CSA Camp badges during the closing ceremony, it was time for the beavers to go home with some fantastic memories!

Thanks everyone (Scouts, venture, leaders and beavers) to have allowed such a fantastic camp to happen!